A privately held startup company with a valuation above $1 billion.

A unicorn is a term used in the business world to describe a privately held startup company with an evaluation above $1 billion.

The venture capitalist and founder of CowboyVC, Aileen Lee, is credited with first popularizing the term in a TechCrunch article she wrote in 2013 titled "Welcome To The Unicorn Club: Learning From Billion-Dollar Startups". In her article, Lee found 39 companies she claimed to be part of the "unicorn club" because they were US-based software companies that had more than $1 billion evaluations by both private and public investors. In her analysis of unicorn she found that from 2003 to 2013 about four unicorns were started each year, and 1 company (Facebook) achieved "super unicorn" status by reaching an evaluation above $100 billion. Her analysis of unicorns found that from 2003 to 2013 approximately 0.07% (or 1 in every 1,538) of venture backed consumer and enterprise software startup companies became unicorns. The following picture illustrates the valuations of the 39 unicorns described in Lee's article:

US-based software companies valued at over $1 billion in 2013. 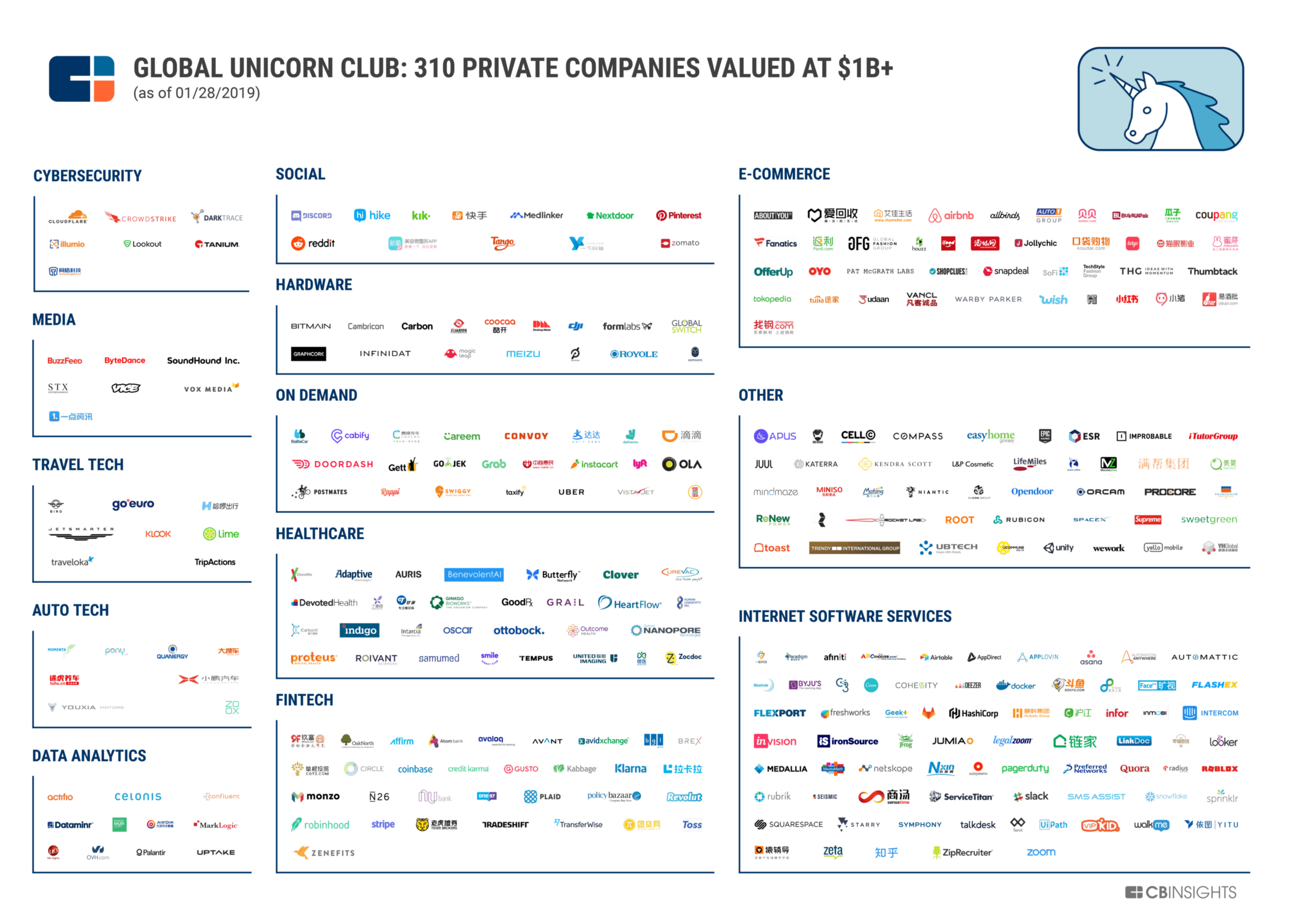 Global software companies vallued at over $1 billion as of January 28, 2019.

Welcome To The Unicorn Club: Learning From Billion-Dollar Startups